Commitment as key to know-how and success.

From the beginning we had the knowledge about the risks of complex networked systems and our efforts to minimize them. Today we feel more committed to this concern than ever before.

The initial situation.
In our modern times technical methods and applications are becoming more and more efficient. This development is accompanied by a rapidly increasing level of complexity. Consequently this results in a higher responsibility, since various development errors can interact and lead to incalculable consequences.

The question.
In awareness of these facts Prof. Wolfhard Lawrenz, who has earned international recognition for his expert knowledge of networked systems since the mid-eighties, developed an idea. His work as consultant for companies like IBM, Intel, Bosch and Motorola shaped his view about complex systems, especially in the domain of networked systems.
The question is: How can one minimize the risks that result from this complexity? 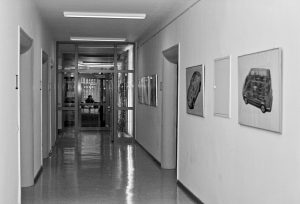 The answer.
With his research results Prof. Wolfhard Lawrenz was able to found the C&S group in 1995, which studies the construction and testability of networked systems with great commitment and success. Today we enjoy international appreciation, not only as an independent testing company for networked systems, but also as a competent partner for the analysis and conception of networked systems and their testability.

In November 2008, the group became an independent company with the spin-off of the former research entity at the University of Applied Sciences at Wolfenbüttel. In April 2011, Dipl.-Ing. Frank Fischer and Dipl.-Ing. David Bollati took over the management of the C&S group GmbH.

Almost contemporaries – the computer science department and the C&S group both started in the nineties.

Read our contribution to the commemorative publication 25 Years of Computer Science at Ostfalia here!

C&S CAN XL Evaluation Board

The CAN XL evaluation board has been developed jointly with Bosch, NXP, and Volkswagen (VW). The DE1-SoC (Terasic) board

IT security at C&S: tested and TISAX approved

The internal IT security of the C&S group has been thoroughly tested. The trigger for the extensive audit was a verifica

We are adopter member of Automotive SerDes Alliance (ASA)

As adopter member of ASA, C&S is committed to contribute bringing in its experience of more than 20 years contribution o